I am here, Jesus.

I will not write a formal message tonight, but will merely tell you that I was with you tonight at the home of Mr. Morgan and wrote what you received as purporting to come from me, and I meant that if I could establish the rapport with him, I would cure him; and so I will. It depends somewhat on his having the necessary concentration and belief in me. It may seem strange that I cannot do this unless this rapport is established, but it is a fact. There are certain laws which control the exercise of this power upon mortals, which must be complied with.

When on earth I could come in direct contact with the mortal by reason of my being in the flesh, and as the power was in me, or could be engendered in me by the exercise of my spiritual powers, I encountered no obstacle in the way of my exercising these powers upon the mortal. But now there is no direct contact between me and the mortal and, hence, there is no means of communicating this power to him until a rapport is established.

This rapport is something more than a mere “spiritual” connection and partakes somewhat of the material, though, we are not of the material; yet, the rapport must be of the nature mentioned and the material part of it must come from the mortal himself.

Now you will understand that my relationship in such cases with the mortal is very different from what would be your relationship to him had you this power residing in you; and when the time comes for you to receive this power, you will not need to establish any rapport between you and whomever you may be able to cure. I mean it will not be necessary for this rapport to be established by drawing from the mortal any part of the material that belongs to him: this you will have yourself, and the power will be exercised by you simply as a mortal coming in contact with him.

This power can be possessed by mortals, just as my disciples and others possessed it at the time that I was on earth, and the same results may be....
Posted by Joan Warden at 11:11 AM 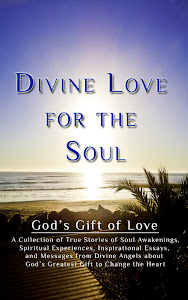